Meet the passionate and dedicated team behind Leighton Dance Project.

She grew her facility ​​from the idea that your dance studio can be your second home. Not only can you learn to love dance, and grow as an artist, you can feel safe and confident in your relationships that form.

Kelli’s approach to teaching is to instill hard work and dedication, exploring the strength that radiates from within, allowing for self expression and growth, nurturing a safe learning environment that fosters a lifelong love for dance.

Or Phone Us On

Kelli Leighton was the founder and Artistic Director of the Sacramento region’s premier professional dance company, CORE Contemporary Dance, 2007-2018. In 2009, Kelli’s work “Living for Today” was awarded “Audience Favorite” at the Vision Series 10th Anniversary performance in San Francisco, and was well received at the MAD/BAD Performance and Film Festival in Concord, CA. In 2011, Kelli was commissioned and created the first dance work titled “Silent Noise” for the Crocker Art Museum based on the work of artist Gottfried Helnwein. In September of 2011, CORE performed her piece “Doll” at the International White Wave Dance Festival in New York. In 2012, Kelli was awarded 2nd place at the International Choreographer’s Competition in Pittsburgh, PA for her work “Home”. Kelli is a two time finalist for the McCallum Theatre’s Choreography Festival in Palm Desert, CA. First in 2013 with “Home” which CORE danced in the professional division. Then in 2016, she was awarded 2nd place winner for “You Don’t Know Me” in the pre-professional division with her LDP Students. Recently in the summer of 2018, she had the honor of being Artist in Residence for the Dance and Movement Workshop at Chapman University where her work “Scorched Wings” was presented and very well received.

Kelli is always looking to further her education in all aspects of dance. She is a part of the Dance Owners Association as an Inner Circle member and is also a guest speaker for the orginization.

In 2013 Kelli opened Leighton Dance Project, a performing arts center educating over 400 students from ages two through adult in all dance forms. Kelli has been the recipient of several choreography awards at regional and national competitions with her LDP students. Kelli was awarded Dance Educator of the Year for the Sacramento region, 2012 & 2013. LDP was awarded Best Dance Studio of Sacramento in both 2014 & 2015. Her students have gone on to dance professionally across the country and have attended top collegiate programs.

Kelli finds inspiration in the human experience and in the bonds that people form through movement. Her vision for CORE and LDP is to promote a healthy professional environment where dancers of all backgrounds can come together to inspire each other and enrich their surrounding community. She is most proud of her extensive work in community outreach programming through CORE. Kelli’s unique athletic contemporary style along with a contagious passion and energy for dance has made her one of the most sought after master teachers and choreographers in the greater Sacramento Area. 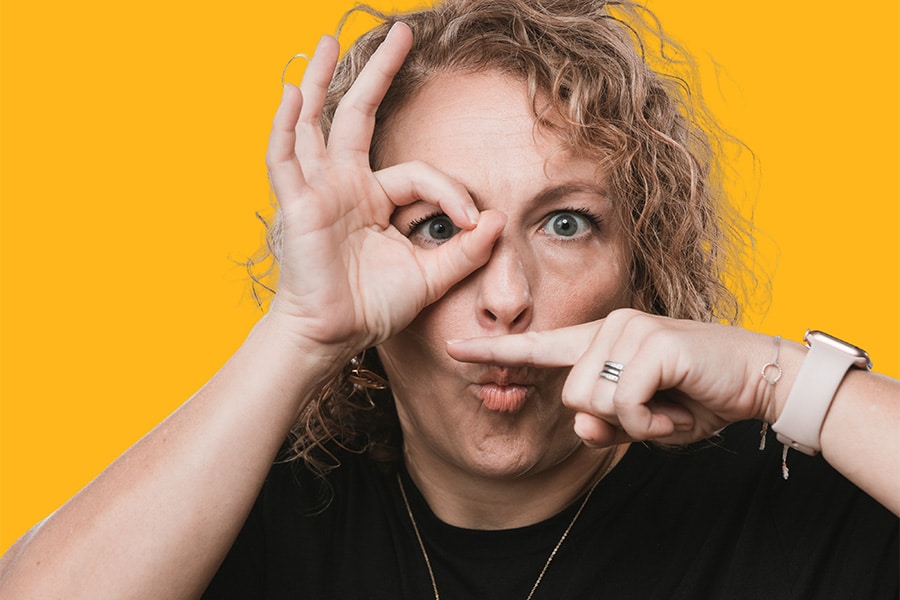 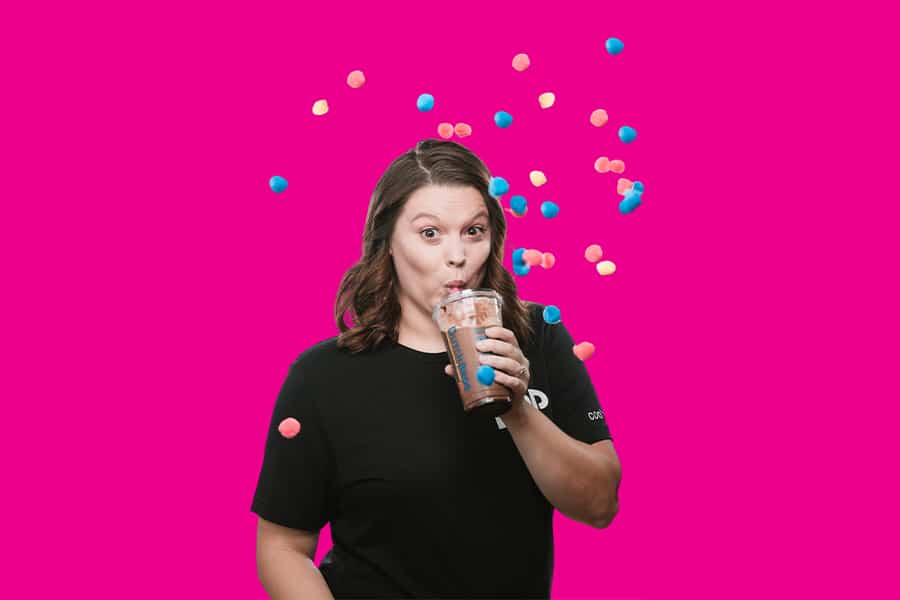 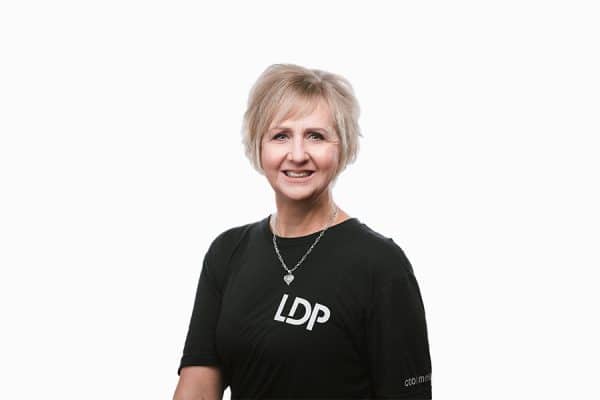 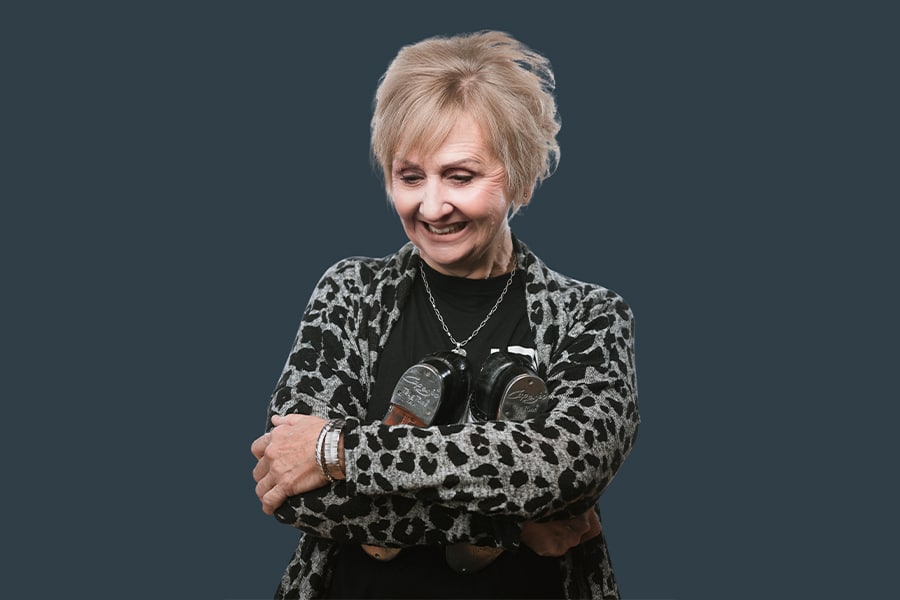 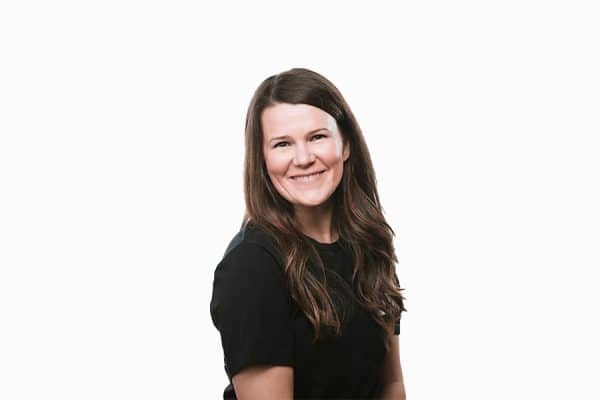 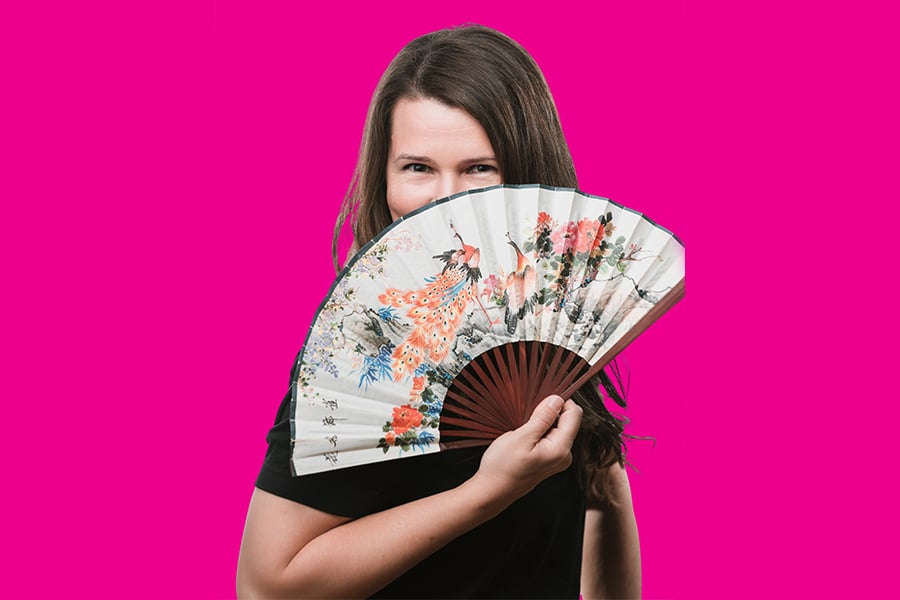 “Alyson Meador BIO: Born in New York and raised in San Jose, CA Alyson was trained at her family’s dance studio. Her mother was a local radio personality in her hometown and a former Radio City Rockette and her father was an Arthur Murray ballroom instructor. Needless to say dance was in her family genes. Her training included intensives, conventions and master classes as well. Her first professional opportunity arose in the form of a Warner Brothers production role and then touring as a backup dancer abroad for a popular Mexican singer. Alyson has taught dance since the age of twenty and has distinguished herself as an instructor through countless honors, including a teaching opportunity at the H & H Dance Troupe convention in her twenties. She has won numerous choreography awards and she received an invitation for her students to perform in New York for “Tappy Holidays” and Southern California at the “L.A. Tapfest”. She was the recipient of a distinguished dance teaching award that she earned in 2000. Her company was voted New York’s Favorite Youth Tap Company in 2010. During her eight years as artistic director of Sound Out Tap Company, Alyson choreographed seven original dance concerts. Alyson was Operation: Tap’s Technique Tuesday Challenge V Teacher Champion in 2017. She also currently serves as tap director of both the Lincoln Hills Tap Company and the Roseville Sunsations. Even as an experienced instructor, Alyson has continued to enrich her own dance education through classes with many of today’s great tappers including Chloe Arnold, Jason Samuels Smith, Bril Barrett, Ray Hesselink, Sarah Savelli, Laurie Johnson, Barbara Duffy, Dianne Walker, Steve Zee, Anthony Morigerato, and Jason Janas. Also attending tap festivals to keep her craft up to date!” 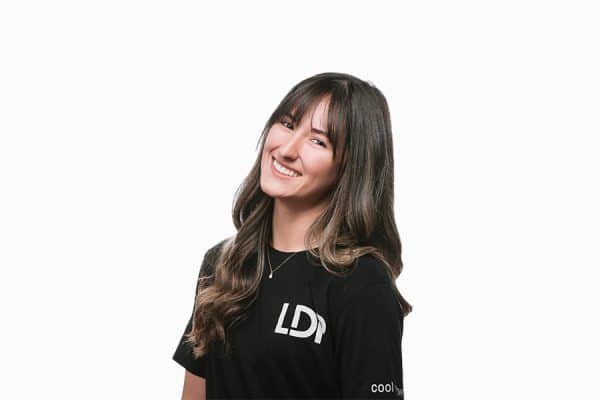 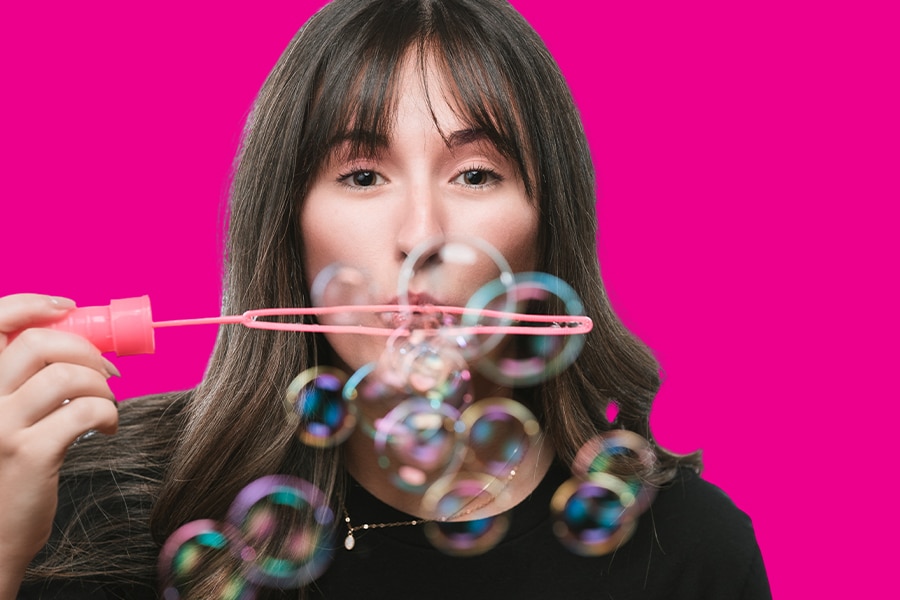 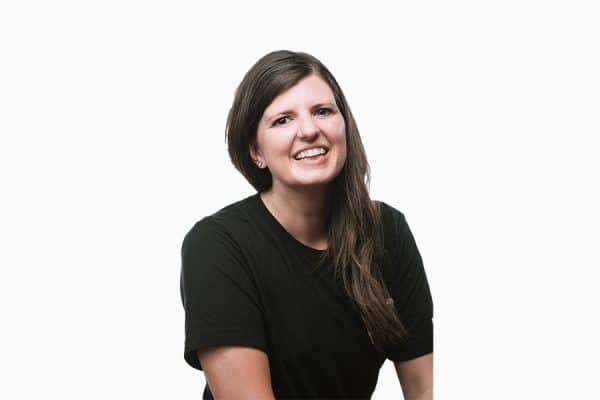 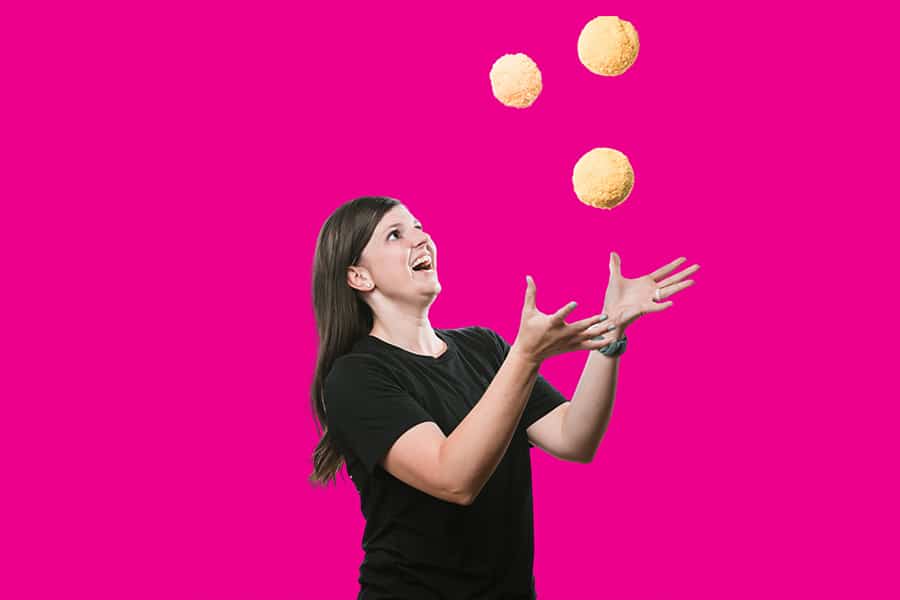 Personal Background
• Grew up in Folsom, CA
•Graduated Hugh School in 2017, then went to Las Vegas to attend Theater Arts Preparatory School(TAPS)
• LDP Alumni: Has been at LDP from the beginning!
• Currently teaching Ballet, Jazz, Contemporary, Tap and Creative Movement! Lead teacher of Fine Arts Club as well as the social media and birthday party coordinator!
•Worked professionally for Hershey Park in Hershey PA as will as multiple corporate events in the Las Vegas Area 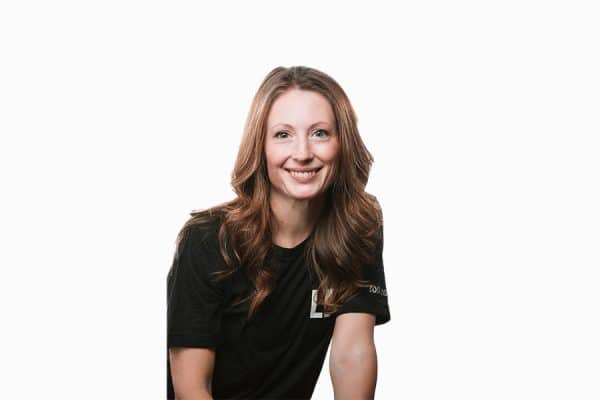 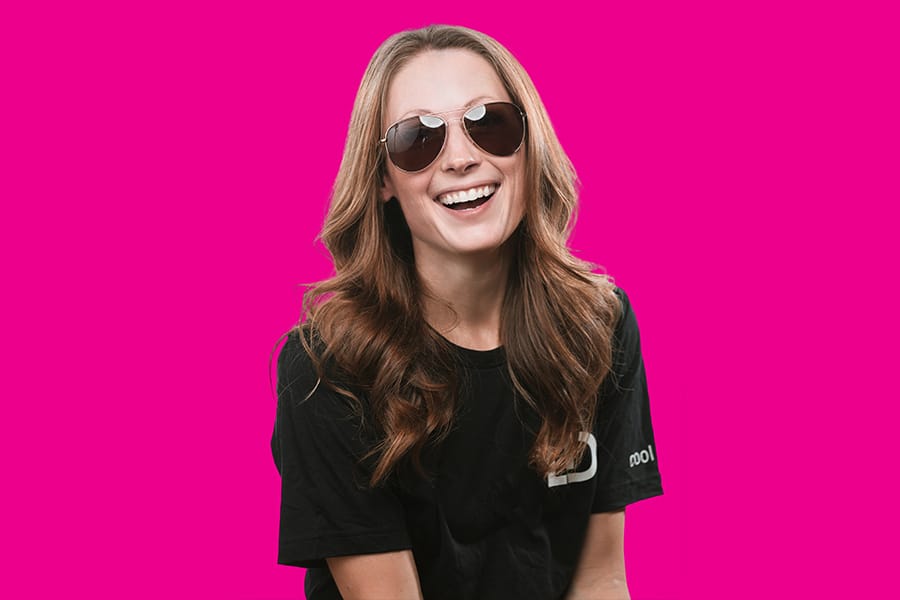 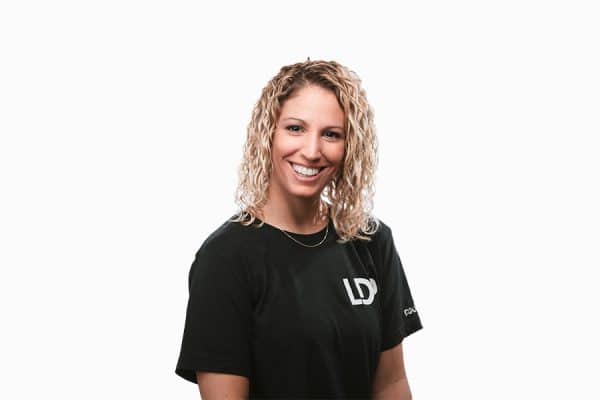 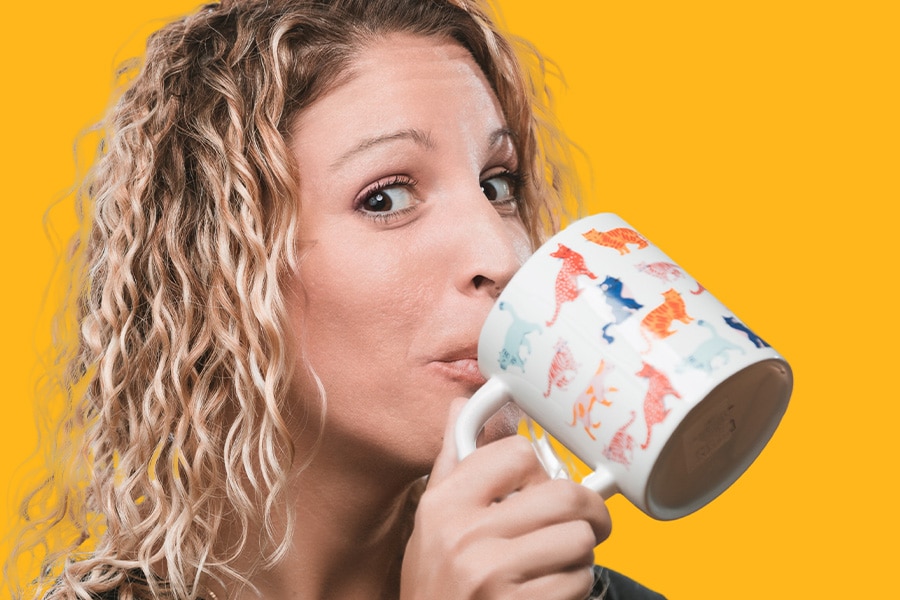 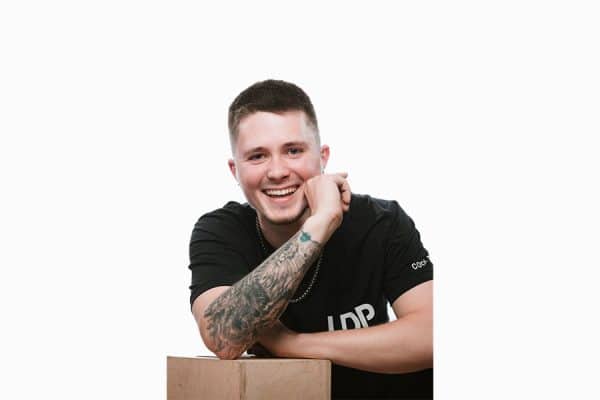 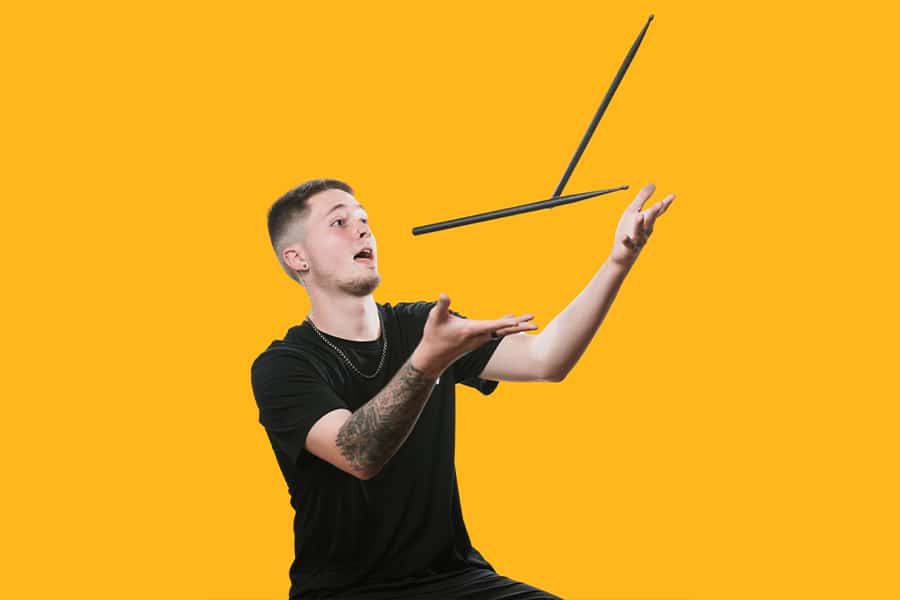 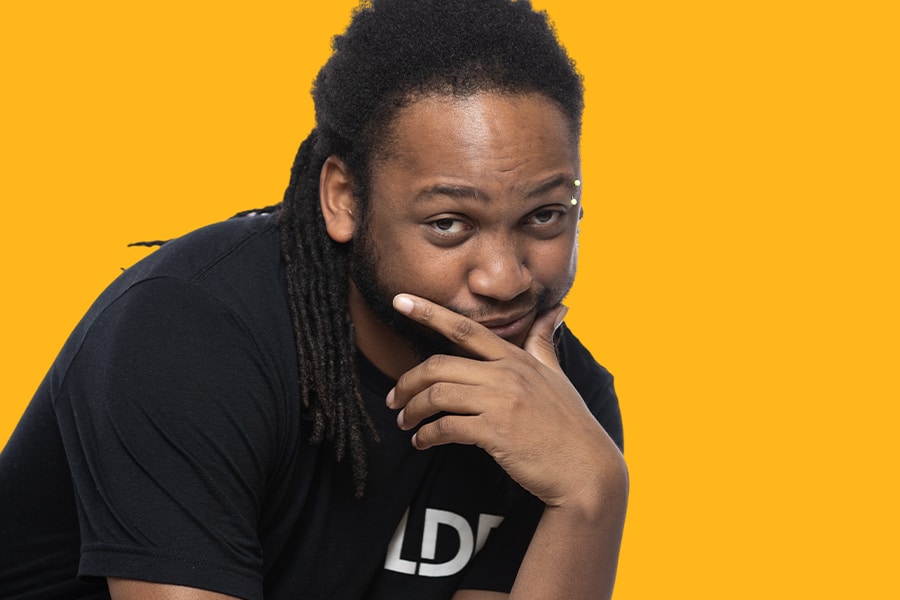 Years of Teaching
“This is my first year teaching, but I have spent five years as a teacher’s assistant at LDP”

Spirit Animal
“I have lots of Spirit animals! Gray Wolf- I love my wolf pack! Raven- eyes in the sky, watching over all and observing. Ox- Strong, preservence, balanced. Bear- powerful and gives strength to others around them by building up their confidence.”

Personal Background
“-Katrina DelGrosso is a graduate of Point Park University in Pittsburgh, PA, with a BA in Dance.
-She studied under Doug Bentz for three years, learning contemporary movement, ideas and concepts that inspire her everyday as a modern jazz dance artist.
-She has worked with other well-known artists such as Keisha Lalama-White, Susan Stowe, Ron Tassone, Whitney Moncrief, and Richard Rein.
-She performed seven original works and two full-length productions with the Playhouse Dance Company while in Pittsburgh.
-As member of I Love Dance company she performed full length floor shows in Las Vegas. As their Show Director, Katrina traveled nationwide with I Love Dance directing dozens of competitions.
-Katrina was an original company dancer and choreographer for Enigmatic Contemporary Dance in Cambridge, MA from 2009-2012.
-She has been a company member of Dance Prism (Concord Ma) since 1995 and continues to annually perform in their summer Kaleidoscope show. She has been featured in such roles as the Snow Queen in The Nutcracker, Morgana in The Magic of Merlin, the title role in Peter Pan and many others.
-She has taught up and down the east coast for the past 18 years.
-Since moving to Chicago in 2013 she has been rehearsal director and company manager for Lomastro Performing Arts Academy. She has directed and co-choreographed The Nutcracker presented by LoMastro Performing Arts Academy.
-Through her career has also choreographed countless groups, solos, and duets, receiving numerous staging and choreography awards.
-She has been certified in PBT since 2018.
-She has had many students compete and place at YAGP finals in NYC and other various competitions.
-Her passion for teaching and inspiring students brought her all the way to San Diego, where she taught for GCDance Company, Malashock Dance Company and Infinity Dance Arts.
-She is very excited to start her new adventure in Sacramento with Leighton Dance Project!
“ 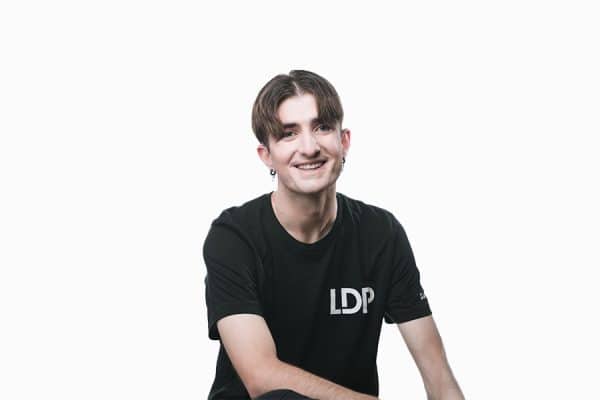 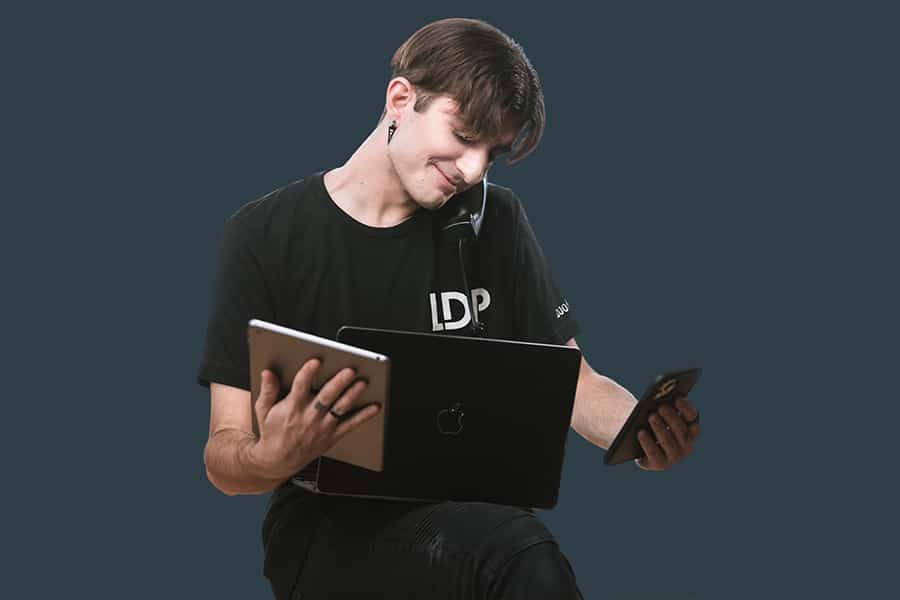 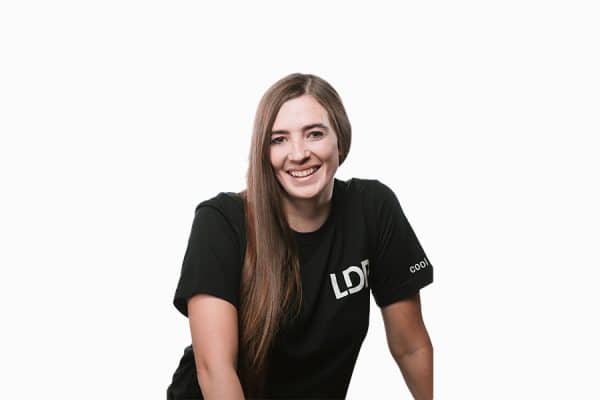 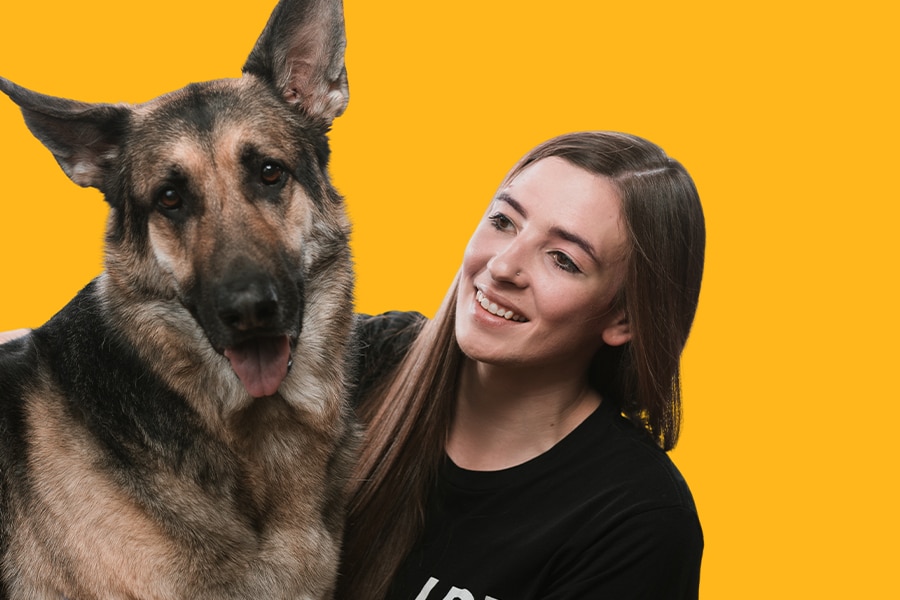 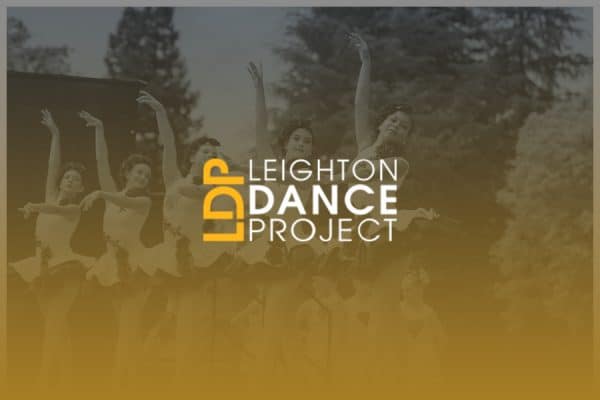 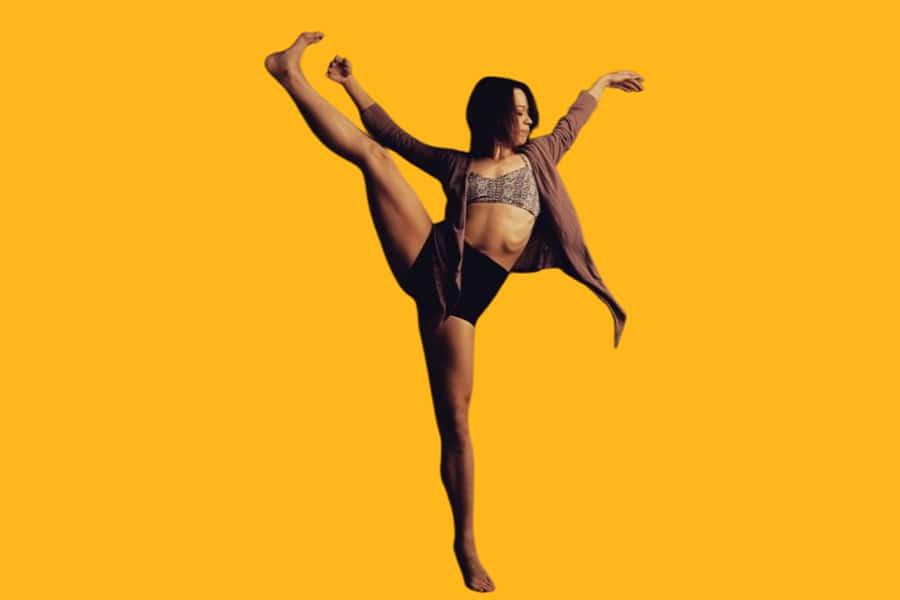 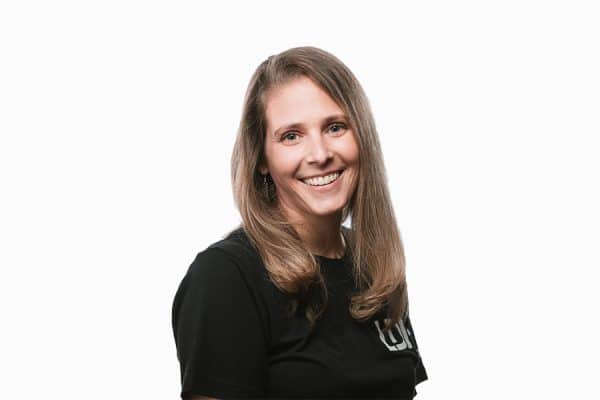 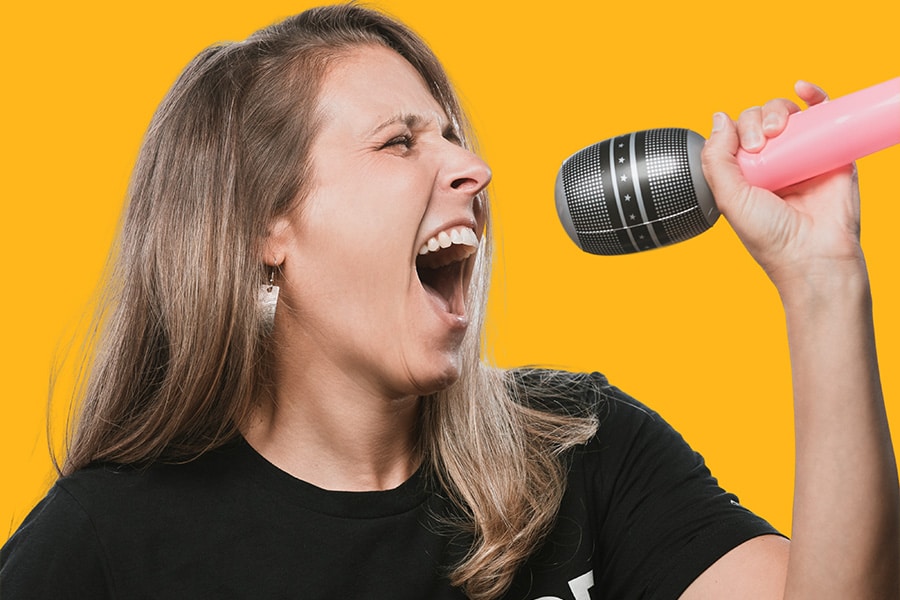 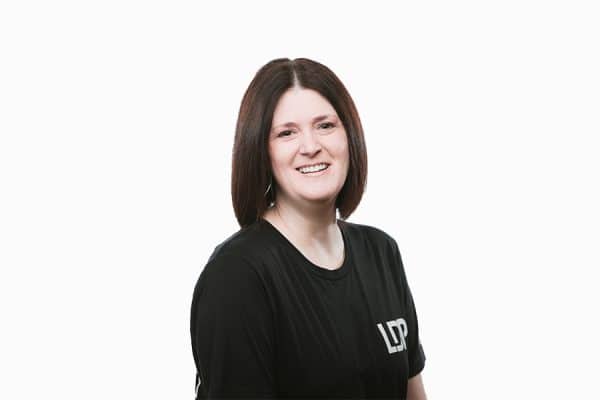 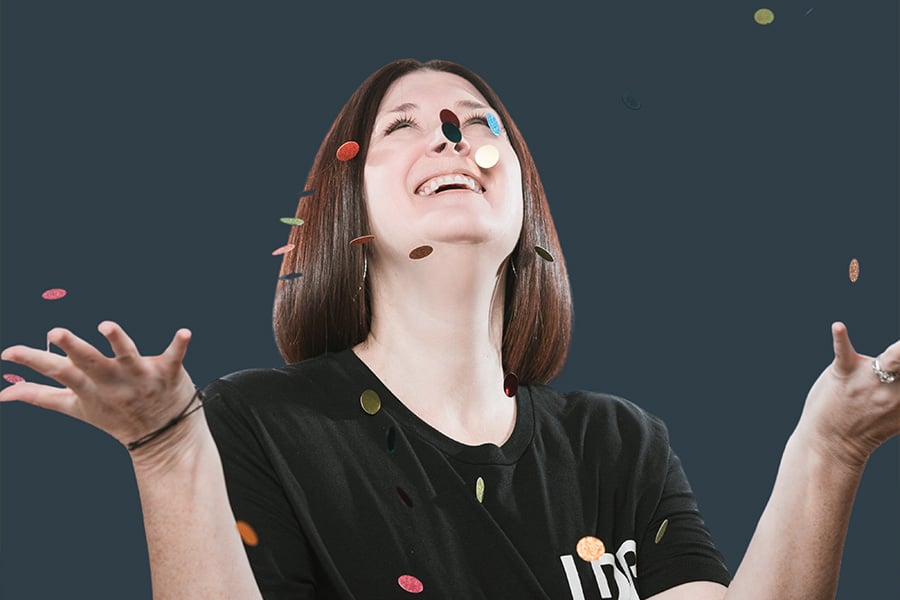 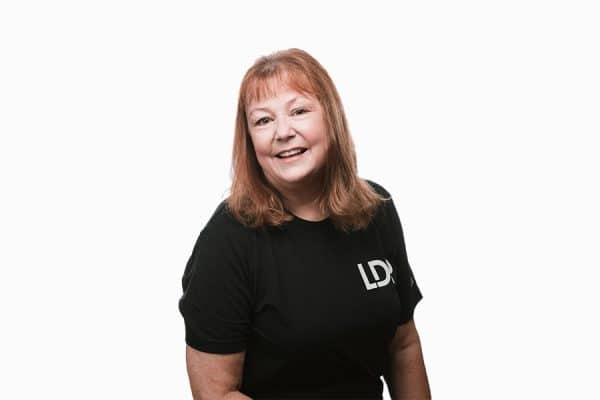 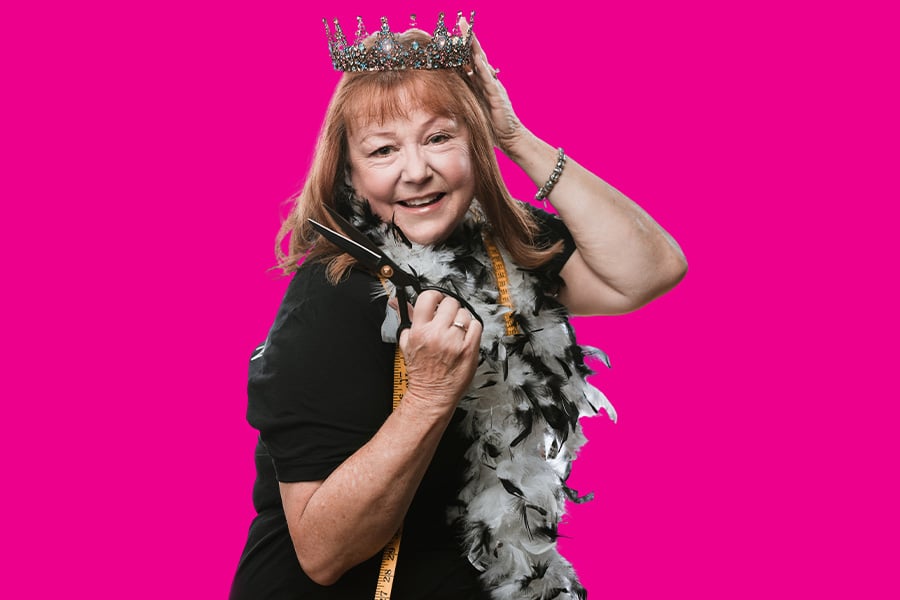